It's good to talk

The following post is an update of something I first wrote back in 2016 for my personal blog but never shared. I've updated the content to reflect on what's happened over the last few years on both a global and personal scale.

The content is very personal to me and a little bit meandering at times. But I'm sharing this in the hope that there are some lessons in there for everyone or even someone.

If this does trigger somebody, or if anyone wants to chat with me to discuss my experiences that may correlate with your own experiences, then feel free to get in touch without prejudice. I'm not an expert, but am happy to listen and point in the direction of what's helped me.

Motivation. When it's not there life is tough, everything is a struggle, things you once enjoyed start to become a chore. Sound familiar to anyone?

Several years ago I hit this very problem, and it's taken until now (for context it was back in 2016 for this part of the story) for me to speak up about it.

I (nearly) realised, but I never followed it up

In 2014 I'd hit an all-time low with 'the internet', to the point where I was ready to completely jack it all in and change my career, I even attended uni open-days

I don't know when, or what triggered this, but looking back it was a combination of many things that all came together to hit me hard. It was worrying feeling like this, especially as I didn't truly understand why. The 'eureka' moment came during one of the sessions Burnout Is Real And It's Coming To Get You at DDD North. The content struck a chord and resonated with some of the issues I'd been facing. 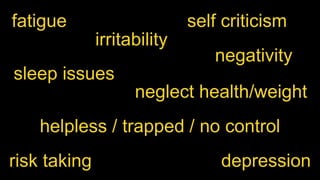 I remember being sat next to a few developers on the day, and to say they were cynical of this was an understatement. It's easy to judge folk when you're not in that situation, but the lack of empathy shown from these seasoned developers was shocking. 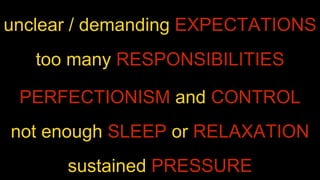 On the train back home I started to think about what Richard had talked about, and then for the first time in what seemed like an age I got my notebook out and started to scribble notes down.

I realise now that this was the start - or at least what I thought was the start - of the long road out of the dip I was in, it helped to get things out of my head, to see them in a physical form and to remove the noise from my thoughts.

2019 was the start of the latest chapter in my story and it began in a pretty innocuous manner. I'd damaged my knee moving some Christmas decorations and had an appointment to see what I'd done

As I sat in the car I felt anxious, I was trying to psyche myself up to tell the doctor a secret that I'd kept locked away from everyone for nearly 20 years.

The following timeline isn't meant as a direct comparison of 2014, but more of a potted history of exactly what, as well as just how much has happened to me over the last two years

I realise that is quite the sentence. The eating disorder is the thing I was psyching myself to tell the doctor about, and do you want to know a secret? I nearly didn't mention it. I spoke to the doctor about my knee issues, and had the doctor not ended by asking "is there something else bothering you?" then I would probably have walked out of the room and continued as if nothing was wrong...

We're currently two years into a global pandemic that forced us all, overnight, to alter our daily lives. For some folk, the various lockdowns and forced changes were kind, for others not so much.

Wow, so if you're still here reading then you might be wondering what the point of this post is?

Well, it's certainly not some narcissistic-woe-is-me type post, it's actually one that I'm very passionate about, and that's about mental health; And if possible, being open about it.

Taking that first step is HARD. But it's an important step to take. It's hard because you're aware you want, or need, to change but are scared, or anxious about the journey ahead. Me of 2014 never fully realised this, never spoke to anyone about things, and ultimately never fully healed.

One of the quotes that's helped at various stages along my journey is:

"You don't have to see the whole staircase, just take the first step."

We're lucky at cinch in that we have an employee assistance program (EAP) for all employees, it's a free service for those folk who are struggling. I got in touch with them the first week back after Christmas after a mini "emotional breakdown".

I'm sadly nearing the end of my counselling sessions and can't rate them enough. This experience might not be shared by everyone, and if not then the advice I was given by a friend was to ask for a different counsellor.

The sessions have directly led me to seek out more specialist advice & treatment, but I'll save that story for another time. All I can say is I don't know where I'd be without the service that was immediately available to me.

Also, I want to go back to the simple question the doctor asked me, "Is there something else bothering you?"

Well, this is something that every single one of us can ask a friend, or a colleague if we think something isn't quite right.

You might not get the right answer there & then, but from my experience, the fact that someone has asked will mean the world.

I'm lucky in that I've not only got an amazingly supportive line manager who regularly chats & checks in with me, but I've had several colleagues notice that something isn't right and then send me a private message to check-in. And let me tell you, it felt incredible. I won't name them here, but I will never forget that they did. 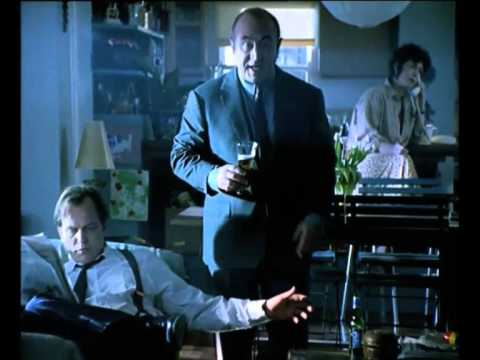